You Say Its Your Birthday; but it's a little more complicated.

On it's 295th birthday, in 2013, Mayor Mitch Landrieu announced the birthday of New Orleans as May 7th, 1718, the traditional date that has been used for generations. But it's a little more complicated than that.

For starters, a statue of Bienville, erected in 1955, is located in the 400 block of Decatur Street in the French Quarter, and it lists the year of New Orleans' founding as 1717. While there is no discrepancy as to whether Beinville is the founder, in 1718, there is some mystery as to the exact date of that year.

New Orleans was founded in Spring of 1718 by Bienville (Jean-Baptiste Le Moyne de Bienville), via the French Mississippi Company. May 7th has become the traditional date to mark the anniversary, but the actual day is unknown. In March of 1918, the Louisiana Historical Society declared that New Orleans was founded "between February 9th and 11th, 1718".

According to Herbert Asbury (author of 'Gangs of New York') in his book, 'The French Quarter', the actual date occurred much later in May or even early June, based on entries in Bienville's journals.

So, how did we wind up with the hard and fast date of May 7th? Certainly some tourist marketing came into play, as it has again today, with some sort of festival designated for every three day weekend on the calendar. But still, why that specific date?

Tulane professor Rich Campanella has an idea about this (as well as many books he's written about New Orleans):

“We want history to provide concise and succinct, neat answers,” he said. “And history … usually does things in a more messy manner.” And so it does.

On it's 250th anniversary in 1968, the city threw a huge, swanky birthday party at the The Roosevelt Hotel.
The date? May 7th.

As we are often told by those who know how New Orleans works, "If you haven't heard a rumor by 9am, start one."
It appears as though this birthday party date has now lodged itself in our local psyche as the actual birth date of the City of New Orleans. While is unlikely to be real truth, it adds to the mystery and pageantry of 'The City That Care Forgot' as the legends of New Orleans take deeper root in both history and our hearts.

Randy was very informative and fun. He told us a lot of great stories about the real history of the area.

David was a fantastic tour guide, his local knowledge and guidance on the tour is amazing . If you can only squeeze one tour this is the one to do. You won’t be disappointed I promise 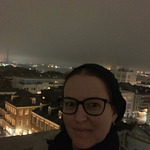 Did the haunted bar crawl with friends and it's my first time in New Orleans. Randy was amazing. Super knowledgeable, kept it fun, and very friendly.